The next intake of Alpha Manufacturing and Bri-Stor Systems Apprentices were on welcomed on site last week to be given their programme of study for the next three years and to receive all relevant work equipment, PPE and safety instructions.

Despite the current uncertain climate surrounding the COVID-19 pandemic, the Bri-Stor Group apprenticeship programme continues as usual, with the new starters joining during September. This underscores both Alpha and Bri-Stor’s long term commitment to developing young talent and investing in the future, despite the short term turbulence being experienced across all industries.

Having worked hard to pass the rigorous interview process, these 12 young engineers were selected over one hundred and fifty other potential candidates. As of September, they will begin one year of studying at JCB Academy four days a week with one day per week with their companies. Following this first twelve months, they will switch to four days with their respective companies and one at the academy for another twenty four months.

The JCB academy have been training partners of the Bri-Stor Group for the past five years, providing the ideal setting to nurture local young engineering talent. The majority of those who have passed through the academy and onto either Alpha or Bri-Stor are now employed full time and making important contributions to their businesses. Others have gone on to further education alongside their employment, supported by the company, such as Gemma Smith – Design Engineer, who recently completed her level four NVQ in advanced engineering at Derby University.

Gemma discussed her apprenticeship experience in a recent interview:

“I first heard about the Alpha Apprenticeship while at the JCB academy. I did my sixth form there and the Apprenticeship Manager told us about Alpha Manufacturing and that there was a job offer/ apprenticeship available. The reason I chose an Apprenticeship over University was because it seemed more practical. I’m more of a practical person anyway so the though of being able to do actual work and get training at the same time was kind of a no brainer.”

Having completed their inductions, the newest intake of apprentices have a full schedule of activities and events to look forward to as part of their studies including the annual soapbox derby, race car build project, Elan Valley team building trip and much more.

From all at Alpha Manufacturing, welcome aboard! 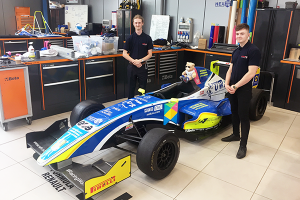 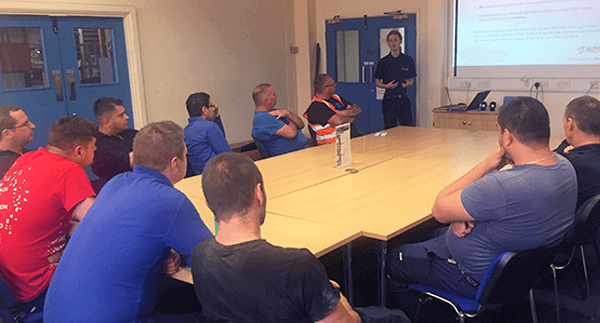