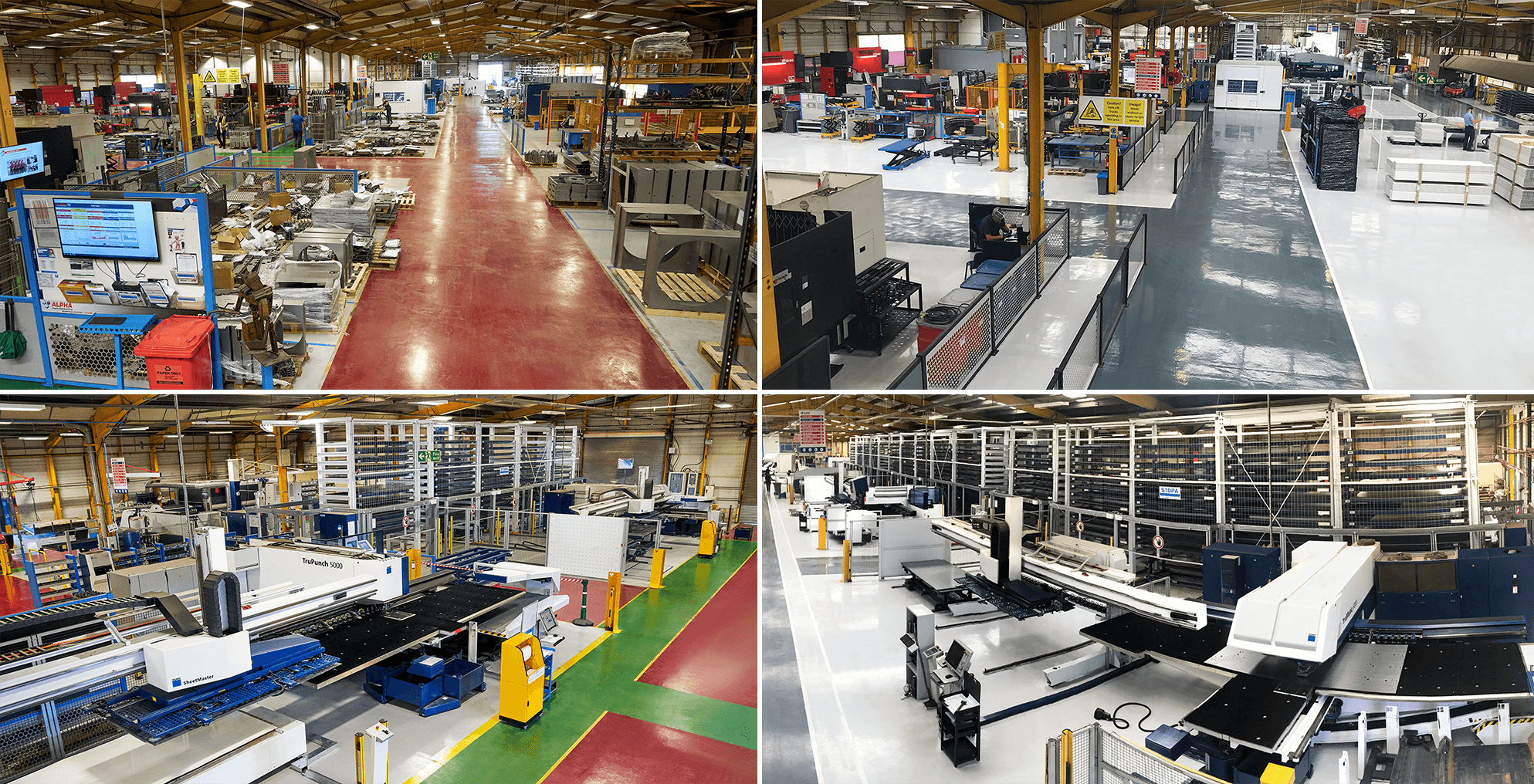 The images to left, taken after a factory paint out back in 2017 show some of the early steps of the journey, with the original installation of the automated STOPA Storage System at the far end of the factory. Closer to, the TruBend Cell 7000 automated folder can be seen in the middle of the factory, not long after its installation. These were purchased as the first stages of an ambitious 5-year investment plan which has bought the company to today’s highly organised, efficient and automated set up.

The most notable difference between the shots (aside from the colour scheme) is the amount of WIP (Work in progress) around the shop floor, with pallets of raw material and part processed items stored on pallets or in racking either side of the main gangway. At the time, these would have been manually labelled, picked by operators and transported by forklift between machines for processing. Once processed, they would then be re-labelled and moved again, ready for the next process.

All of the WIP which was previously stored on pallets has been moved into the STOPA system as well as strategically positioned automated tower storage systems. The STOPA has been central to Alpha’s plans due to its automation of stock storage and management, part delivery and restorage of items. At the touch of a button, any operator can call for any raw material or part processed item to be delivered to any of the strategically placed delivery points around the factory. This dramatically reduces the amount of manual handling and transporting of items, increasing efficiency and improving stock management. 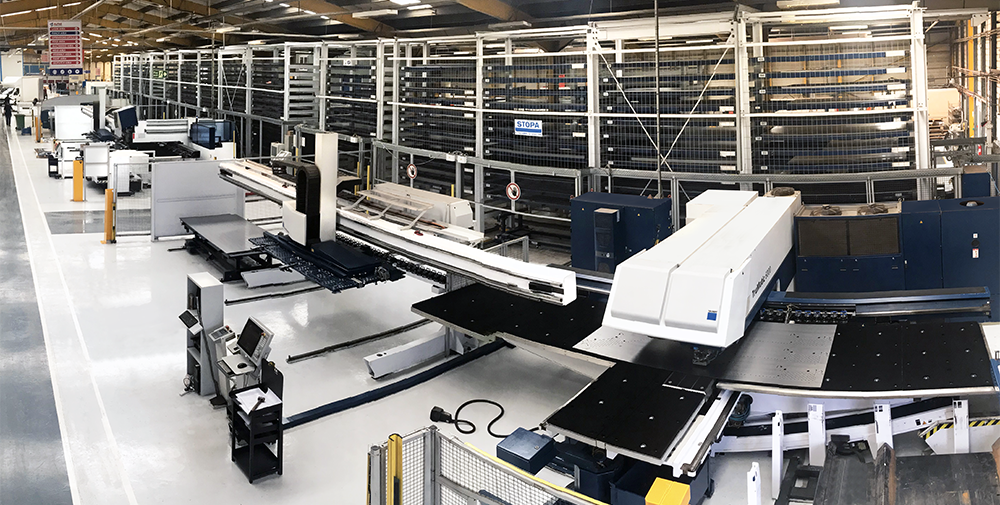 “At 62 metres in length, we now have one of the biggest STOPA installs in the UK, with over 200 pallet spaces, allowing for over 600 tonnes of raw material or parts to be stored. The biggest benefit to us and in turn our customers, is the point of use part delivery, which massively reduces our need for manual storage and part movement, increasing our efficiency and reliability.”

The extra space around the shop floor allowed by the STOPA install has been maximised, with organised, designated production areas creating a logical and efficient flow of people and parts around the factory. The latest factory paint-out was designed to further enhance this with a new, simple and modern colour scheme to reflect its state of the art technology.