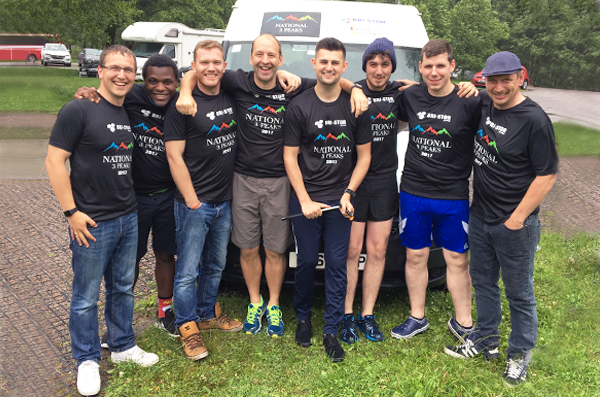 Having assembled at Alpha headquarters in Hixon at 5am on Saturday morning, the group headed off on a seven hour, 377-mile road journey to tackle the first of the 3 Peaks – Scotland’s Ben Nevis. Despite poor weather conditions and visibility, Ben Nevis was completed within 4.15 hours.

The second climb began shortly before 4am and by 7.30am the entire team had reached and returned from the summit. By now a few minor aches and pains had started to creep in but fortunately the weather had begun to pick up ahead of the final climb – Mount Snowdon.

Another four-hour drive into Wales allowed for some much-needed rest before the team set off at the base of Snowden at around 11am. By 4.20pm on Sunday, the team had returned to the bus and were on the road headed back to Staffordshire.

With a final time of 23.5 hours and another £1000 added to the Help for Heroes donation pot, the team arrived home very tired but very proud of the achievement. Well done all!