Alpha are proud to have been involved in the creation of a new Santa’s sleigh for the local Stafford Rotary Club ahead of their month-long tour of nearby towns during December. 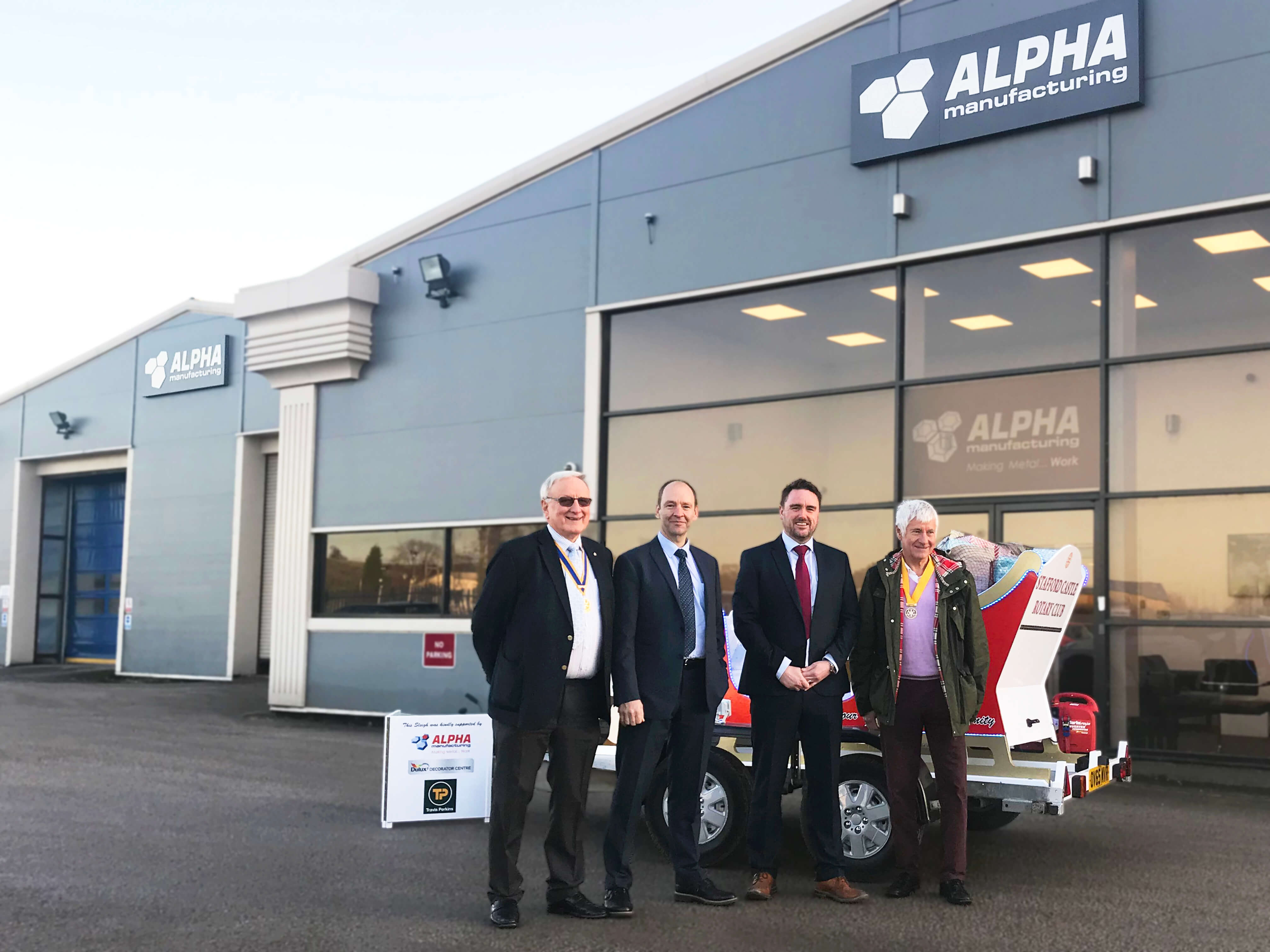 Members of the club had approached Alpha to laser cut the frame profiles of the sleigh and also supply a leisure battery to power its lights. The president of the club, along with senior members visited the factory last week to show off the finished sleigh and to thank Managing Director Paul Clews and Commercial Manager Rob Eley for their support.

Over the next three weeks, Santa will be out and about in his new sleigh, visiting as many of the local towns and villages as possible, a local tradition stretching back decades. Local children fill the streets of along the route to catch a glimpse of father Christmas as he passes by.

Members of the Rotary club will be on hand taking donations from local residents as Santa passes by. The Rotary club is a charitable organisation consisting of local business people and professionals, both active and retired who aim to serve the local community through fund raising and social activities.

All at Alpha wish Santa the best of luck on his travels over the next few weeks and hope he raises plenty of donations for local causes.