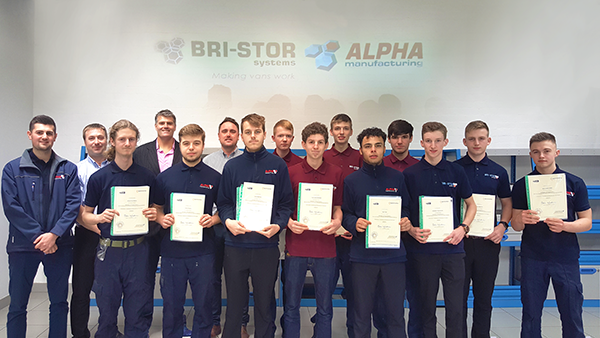 The young group gathered at Bri-Stor Group offices to be handed their certificates by Group Director Martin Smith, proudly watched by apprentice managers Stephen Bowen and Will Davies Hill who have mentored the group since they first arrived.

“They have all worked really hard so far, taking on everything we’ve asked of them and should be extremely proud of themselves today. For me it’s also a proud day as I know that the future of our business depends on young engineers like these and it makes me certain that we’re heading in the right direction”