Alpha machine programmer Steve Fleet is celebrating his fifteenth year with the company after initially joining as a CNC Punch Operator back in 2005.

Steve has seen many changes during his fifteen years, most notably the move to the current site from the original factory at Hixon airfield where he worked in the beginning. After working as a punch operator, Steve moved over to assembly for a brief time before taking his current position as programmer, where he has worked for the past three years. 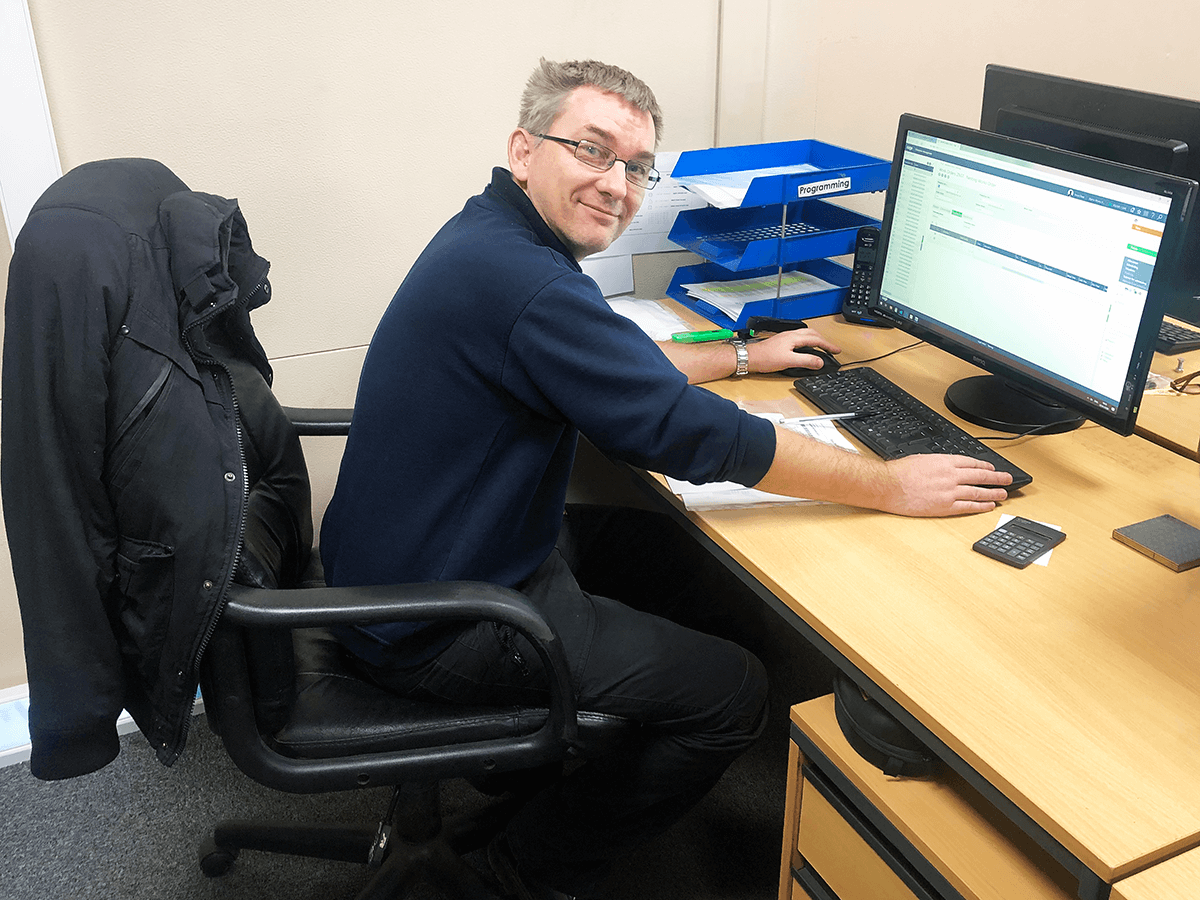 “So much has changed here since I started, from the factory, to all the new machinery and the management. We’ve come a long way and you can see even now, there’s still big changes happening. The best part of my job is the people I work with day to day, a lot of us have been here a long time and we all get on well in our office”

Outside of work, Steve is a keen driver and race car enthusiast, his own Mevster kit car over a six-month period. He is a member of many kit car enthusiast clubs and regularly attends meets with fellow owners. Steve even uses his hobby to raise money for local causes such as Claires House Hospice through events and sponsored drives.

Steve, along with others from across the Bri-Stor Group who have also achieved long service milestones will be recognised around the business over the coming weeks as well receiving an extra day’s annual leave.