This year’s apprenticeship open evening will be held on Thursday 13th Feb 5.30 -7.30 at the Bri-Stor Group manufacturing facilities in Hixon.

The ever-popular event offers young people interested in an engineering career the opportunity to discover what vocational options are available to them. In attendance will be current and former apprentices from both Alpha Manufacturing and Bri-Stor Systems, team managers and even company Directors to answer any questions on the night.

The evening will begin with a welcome by group apprentice manager William Davies-Hill before a full tour of Bri-Stor and Alpha facilities. This gives the young visitors and their parents the chance to see first hand the processes that take place, the machinery employed and the facilities as a whole. Following the tour, visitors are invited to attend a Q&A session where they can discuss in more depth the options available to them after school.

Many of Bri-Stor Group’s current and former apprentices visited the open evening before deciding to take an apprenticeship at either Alpha or Bri-Stor. They discuss this and much more about their experiences in the video below. Gemma Smith was one such apprentice, she discusses her reasons for choosing an apprenticeship over other options.

“The reason I chose to do an apprenticeship over University was more of the fact that it’s more practice. I’m more of a practical person anyway so the thought of being able to do actual work and get training at the same time was kind of like a no-brainer and I think it’s a no brainer for anyone who wants to work in engineering, or business or anything really.”

If you’re interested in a career in engineering, or even if you’re not sure what you’d like to do following school, simply register here and come along to our open evening at 5.30 on Thursday 13th Feb and see what a Bri-Stor Group apprenticeship has to offer!

A team of Alpha manufacturing footballers managed a third-place finish in a recent 5 aside against a host of other local businesses.

Organised by one of Alphas customers, the tournament pitched various local suppliers against each other at nearby Pulse centre in Wednesbury. Having battled through to the semi final stage, Alpha were eventually beaten 2-1 in a hard-fought game. The team ultimately took 3rd place after winning a play-off game, earning them a trophy at the post game presentation.

The event was a complete success and aside from a few achy limbs around the Alpha offices, everybody enjoyed the event. The Alpha team now plan to continue playing regularly and look forward to the opportunity to improve on 3rd at the next event. 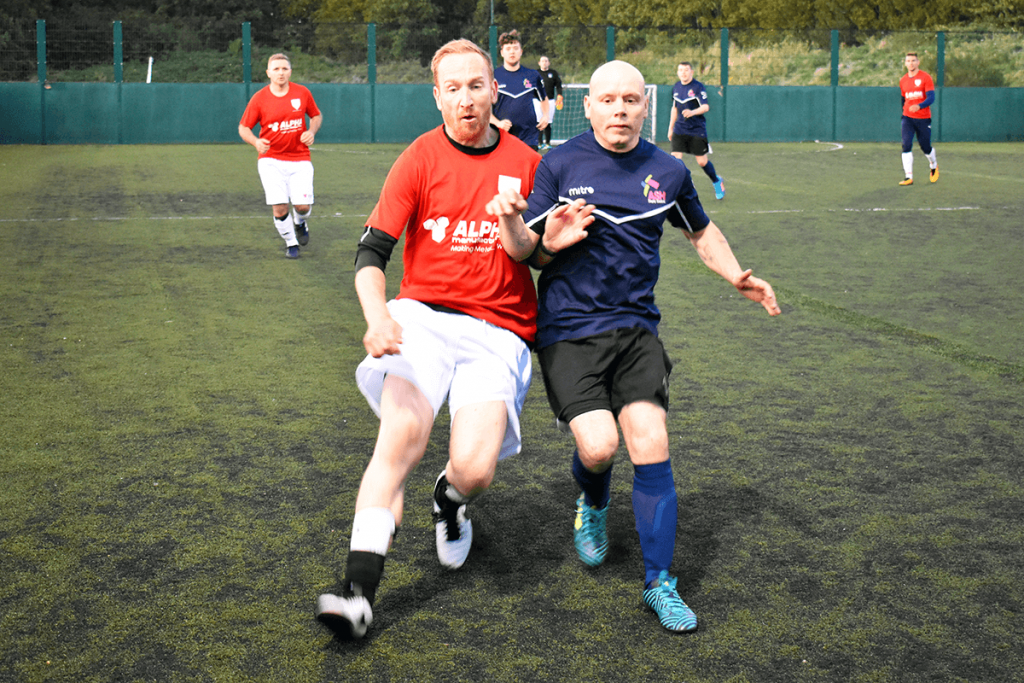 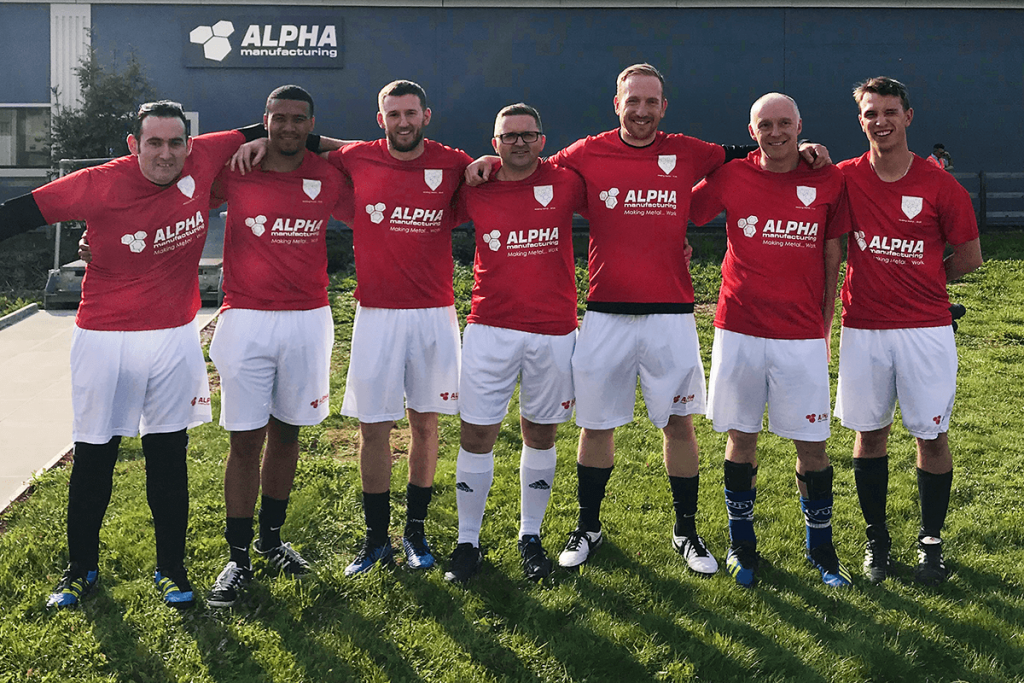 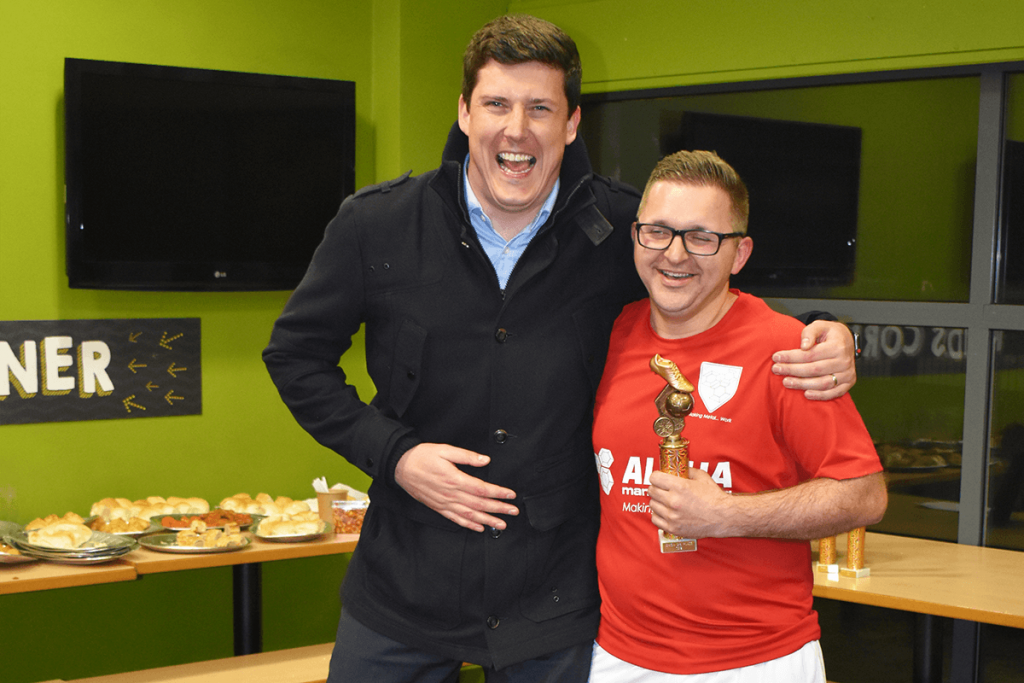 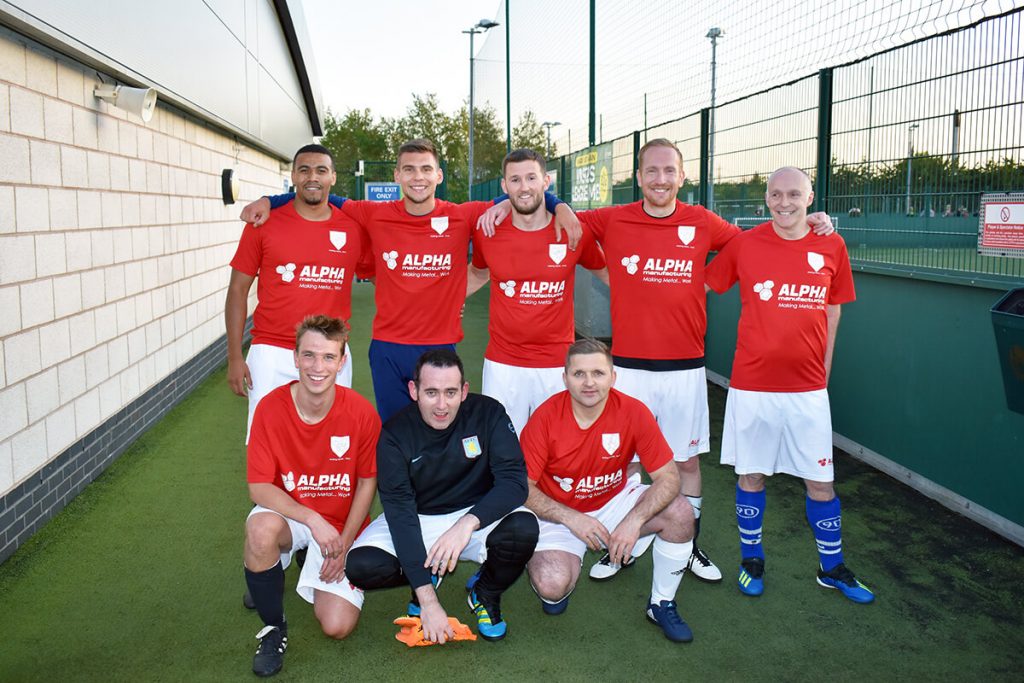 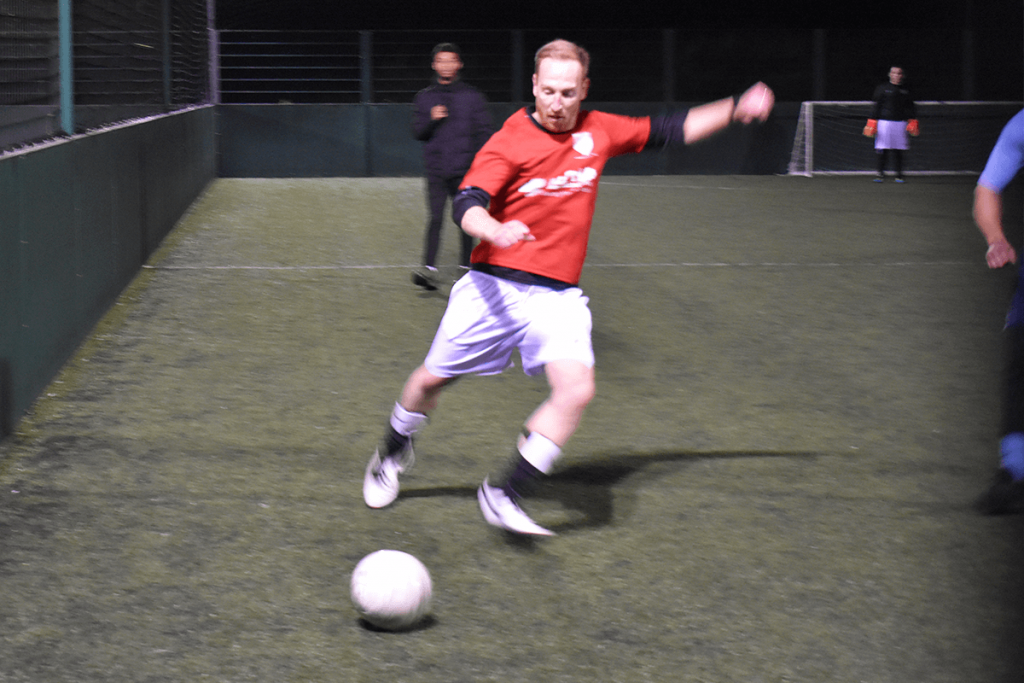 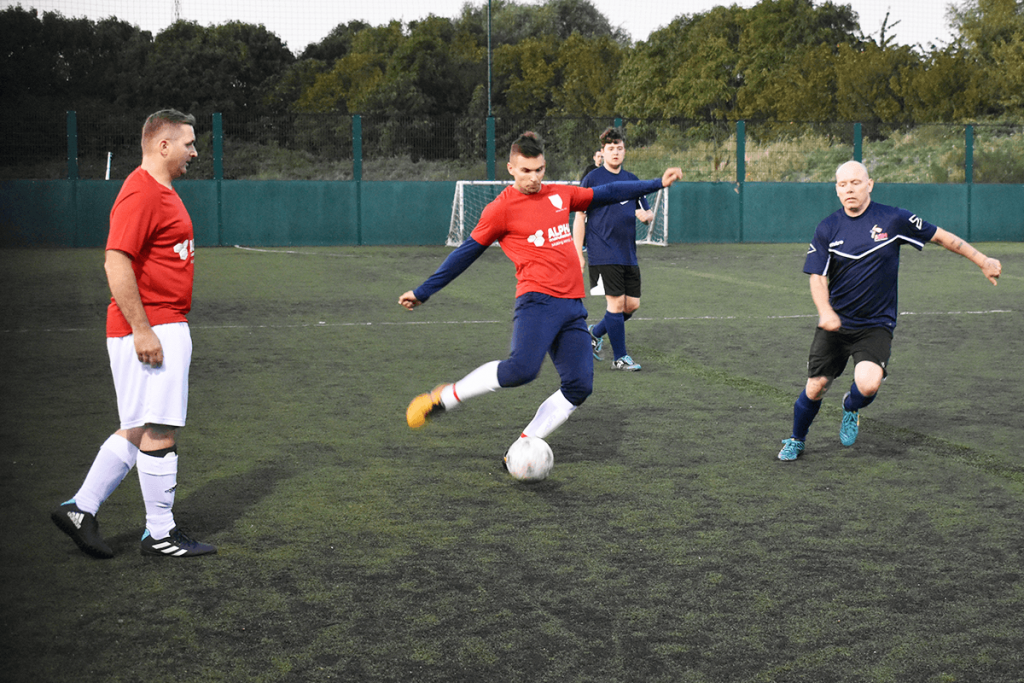 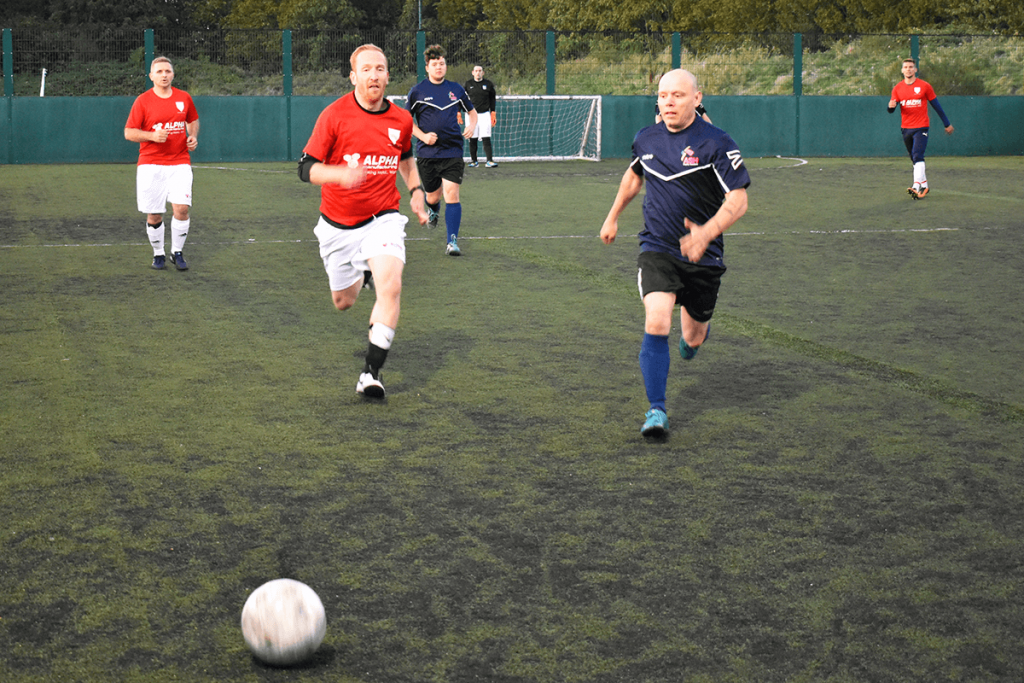 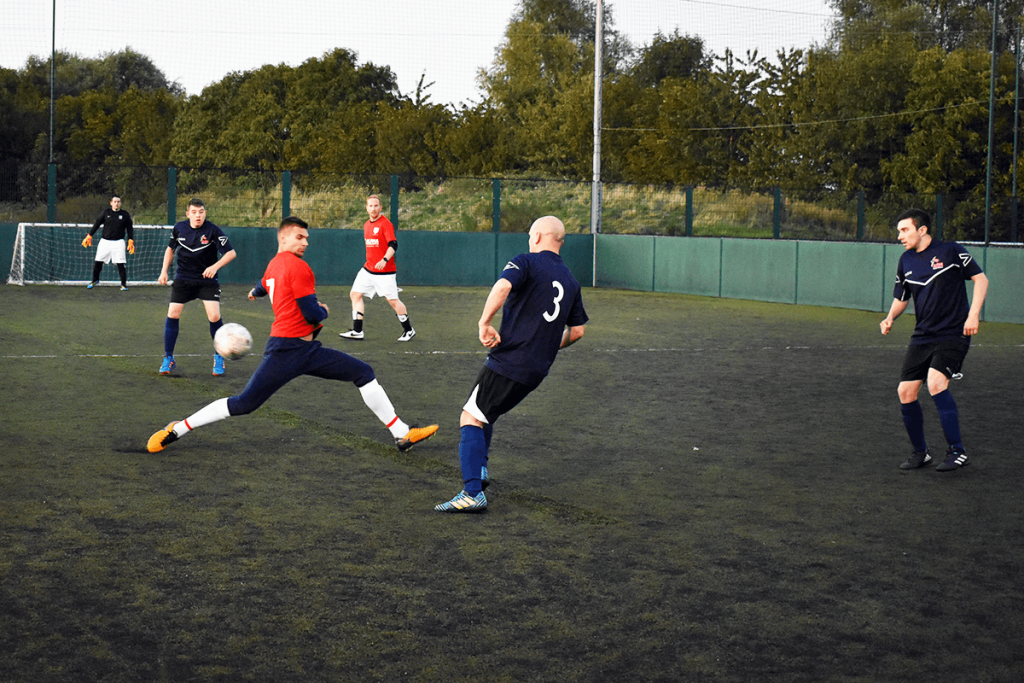 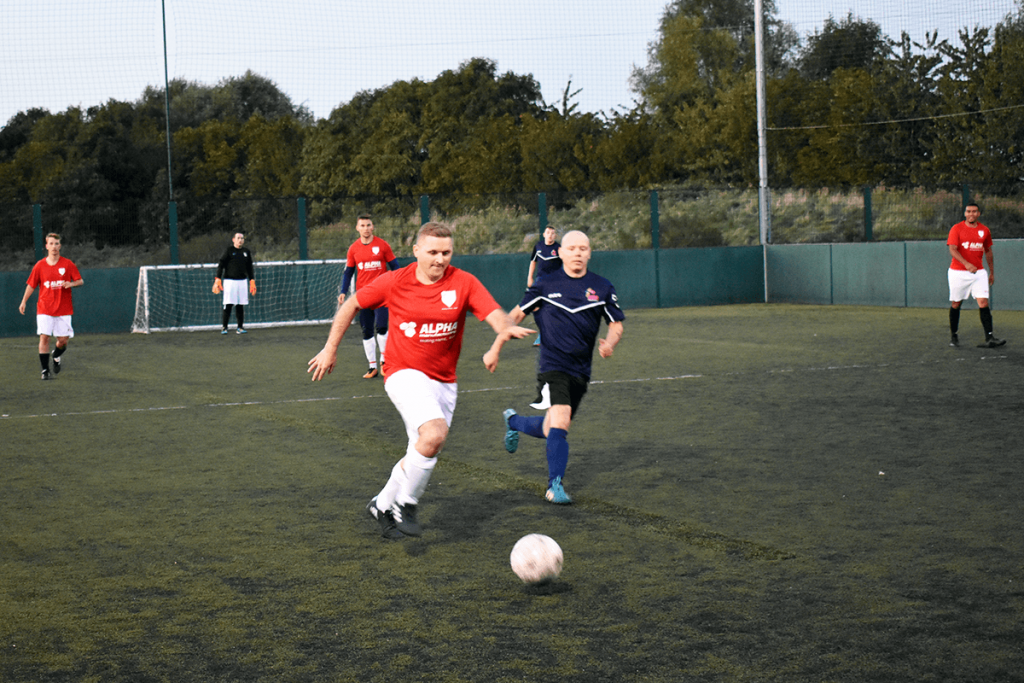 Last week, three Bri-Stor Group employees took part in the annual London to Brighton bike ride in support of the British Heart Foundation. Simon Webb, Robin Eley and Neil Andrews all braved the rain, described by the local press as “Biblical”, to complete the 55-mile ride in around 4 hours.

All three are keen cyclists and thoroughly enjoyed the ride, despite the challenging conditions. Rob, who is Alpha’s Commercial Manager commented:

“I’d hoped to complete the ride in a slightly better time but I’s not really what the day is about. We had a thoroughly enjoyed the event and got to see some brilliant costumes plus some weird and wonderful cycles. The torrential rain wasn’t what you’d call ideal conditions for a bike ride but even that didn’t dampen spirits. An all-round good day and great to have done a little in support of the British Heart Foundation.”

Just under 20,000 entrants arrived at the start line in Clapham Common on Sunday 23rd June to take part in the event, which is now in it’s 44th year. Since the event’s inception, elite and novice riders alike have pedalled more than 41 million miles between them and raised more than £70 million. Organisers estimate that this year’s riders raised a combined total of £2million towards various charitable causes.

Simon, Rob and Neil managed to exceed their donation target for the British Heart Foundation and were delighted to take part in the ride in support of the charity. Thanks to everybody who donated and sent messages of support!

Bri-Stor Group Employees to Cycle London to Brighton for BHF

The event will be celebrating its tenth year with this year’s event and is one of the most iconic UK cycle events. Thousands of cyclists, from all ages and experience levels will take part in the ride, raising funds for a wide range of causes.

Rob, Neil and Simon are all keen cyclists, regularly meeting up to cycle routes around nearby Cannock Chase and have been in training for a few weeks ahead of the event. The trio are cycling in support of BHF and are asking for donations in support of the charity. If you’d like to show your support, visit their Just Giving page.