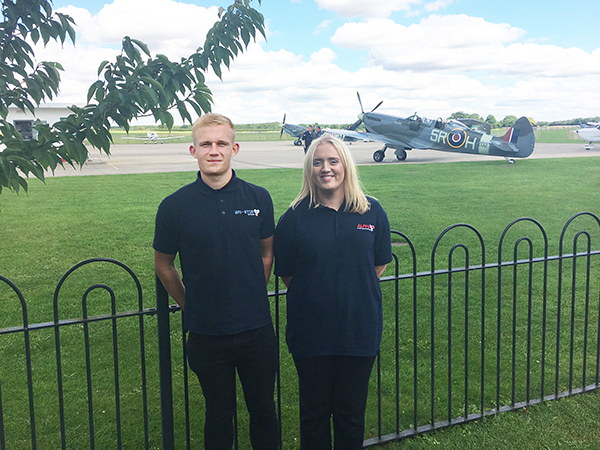 The young engineers won the flight after taking part in the Bri-Stor Group “Elite Champion of Champions” event last year in aid of Help for Heroes. They jointly won the “Sportsperson” award for their efforts and both chose the Helicopter ride as their prize.

Group Director Martin Smith; a qualified helicopter pilot, was more than happy to treat the pair to a flight to Northampton where they were lucky enough to see a collection of WWII spitfires. They even made time for a full English each before hopping back on the chopper for the return journey.